Stefano Fardelli is the EurAsia Dance Project International Network’s Artistic Director from the 2016, year of foundation of the project.

He founded EurAsia during his first collaboration with the Italian Cultural Institute of Mumbai and the first partner of the project, DanceHaus of Milan, sending the first EurAsia Student from India to Italy and taking some time to understand how the project could evolve.

In 2017 he signed the agreement with Contemporary Dance School Hamburg, the second partner. Between the end of 2017 and the beginning of 2018 he formalized the project adding a third partner from India. Today EurAsia has more than 25 EurAsia Partners across the five continents, quite different between them, but with a strong professional profile.

The Artistic Director created the EurAsia Network as his goal is to give the chance to more students from all over the world to have professional training and so to help them in starting this career at the international level.

Stefano’s productions, on tour all over the globe, are supported in Europe by the Italian Government and by Ass. Cult. Pindoc Onlus and DanceHausPiú. In the world his productions are supported by Italian Embassy, by Italian Cultural Institute and by all the EurAsia Partners.

Stefano Fardelli, born in Italy on the 28/10/83, is a dancer, choreographer, teacher and Artistic Director of EurAsia Dance Project International Network. He gets his degree at M.A.S. Academy in Milan; he then continues his studies in other choreographic centers in Europe. 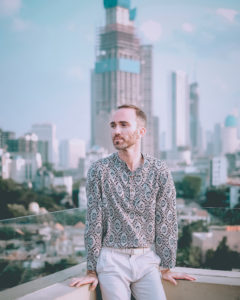 In 2010 he worked for Hollywood director Mike Figgis. In 2014 he made his debut at the cinema among the protagonists of the new film by Stefano Tummolini. Protagonist of short and medium-length films in Italy and the UK. He works as a model in Italy, England and a dancer for international television, advertising and video clips.

He is invited as a guest teacher & choreographer for professional academies, companies, theaters, festivals, postgraduate programs in all five continents.

Selected in 2010 by the Ministry of Youth among the Italian talents who will represent Italy in the world.