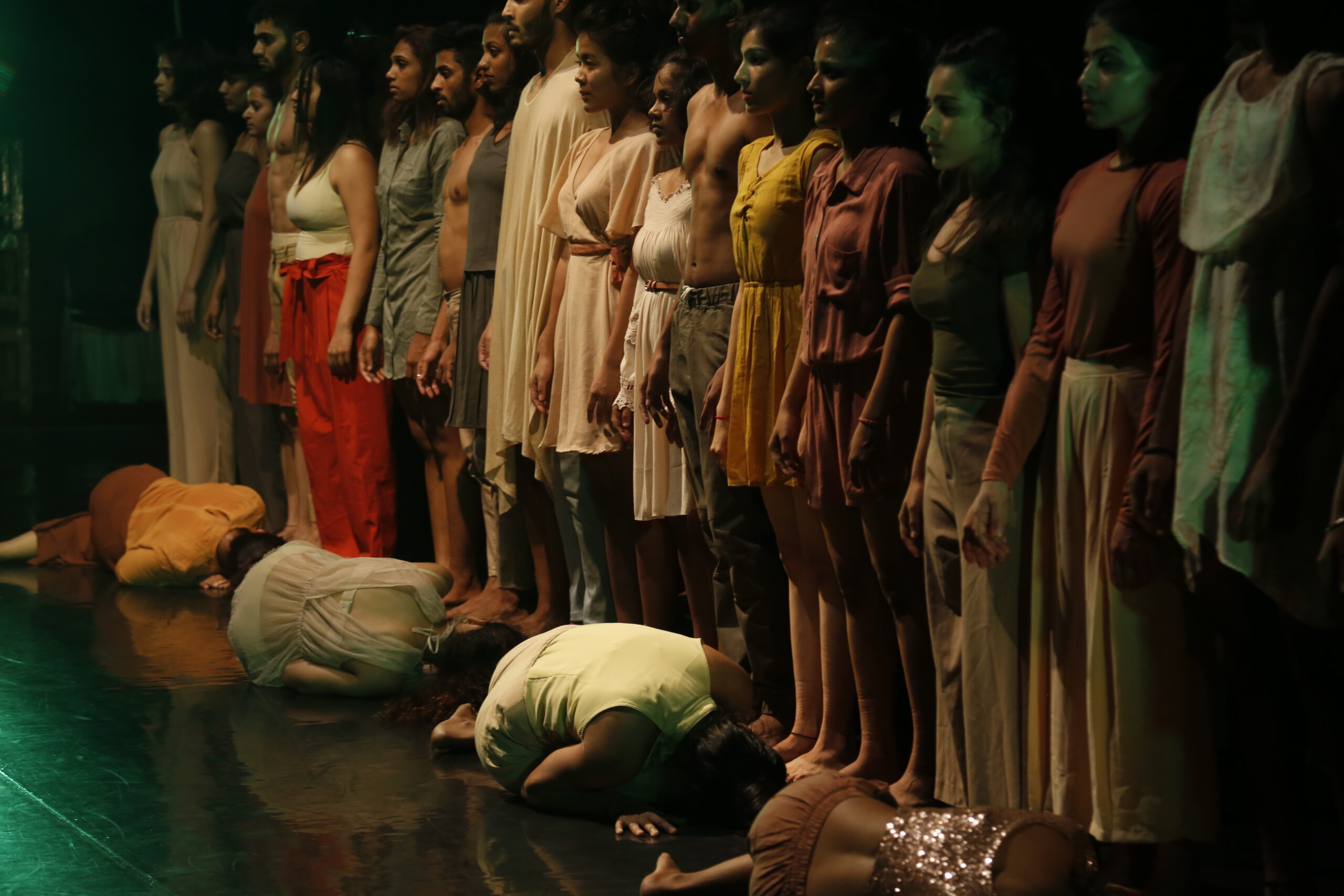 98288 is a choreography for 60 dancers. The piece was commissioned by the Attakkalari Centre For Movement Arts in Bangalore and supported by the Italian Cultural Institute of Mumbai, India.

During World War II, the German army imprisoned thousands of Jews in prisons called Concentration Camps. In these camps German soldiers deprived prisoners of their names, giving them a number that was printed on their skin for the rest of their lives.

Stefano Fardelli, with this work, does not want to talk about the war and what happened in the concentration camps, but focuses the project on the meaning and symbolism of numbers in Jewish culture.

In antiquity, numbers were associated with the letters of the Hebrew alphabet: this was also used in order to be able to pass on secret messages or to hand down “stories” without being understood by those who could not receive those information.

The combination of the study of sacred numerology and the beautiful lines that give life to the alphabet inspired the tasks that gave birth to 98288.
For more info:
www.eurasiadanceproject.com
Email: eurasia@eurasiadanceproject.com
WhatsApp: +39 3394424771
Stay tuned, subscribe to the free Stefano Fardelli & EurAsia Newsletter here:
http://eepurl.com/dApwNP