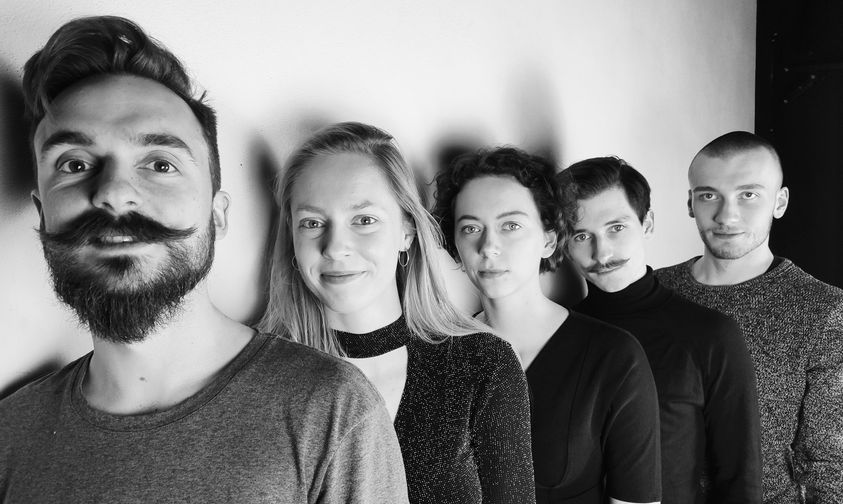 The Residence/Premiere Project has been part of the EurAsia Partner Gdańsk Dance Festival since 2009. It allowed to create several dozen performances, including international and 45+ projects. The various residencies resulted in new experiences and artistic acquaintances.
In 2021, at the Club ZAK, at least two projects will be implemented. The distinguished dancers will receive funds, technical assistance (acoustics and lighting), pre-premiere promotion, the possibility of using the rehearsal space and for two weeks they will work with mentors: EurAsia Member Matteo Bittante, Ulriqi Fernqvist and Peter Svenzon.
The project is founded by the City of Gdańsk.
In this year’s edition of the residence/premiere, 17 projects were submitted, and the committee consisting of: Natalia Kulikova – theater curator, Maria Miotk – theater curator and Magdalena Renk-Grabowska – Club director decided to choose:
“Gloria” / with residence in July, the premiere will take place on 28th August 2021 within Gdansk Dance Festival. Matteo Bittante will work with: Olga Bury, Zuzanna Predygier, Jan Sarata, Marek Szajnar and Mateusz Wierzbicki.
“mirroring” by Magdalena Kowala and Anka Zglenicka will be realized in August, and the artistic care of the residents will be taken by Ulriqa Fernqvist and Peter Svenzon. The premiere will open the 13th Gdańsk Dance Festival on 20th August 2021.
Bio of the invited artists:
Gloria
will be created by 4th graders of Department of Dance Theater in Bytom:
Olga Bury – she played in performances by Paweł Passini, Ferenc Feher and others. She collaborates with the O.de.la Theater as a dancer, trailer director and author of visualizations, including for the show “Kraksa”. In 2020, she became the Finalist of the Papaya Young Directors competition. She also graduated in journalism.
Zuzanna Predygier – a student of the Meisner Laboratory in Warsaw. She participated in the international festival of contemporary dance Warsaw Dance Days, performing in the project “Lazarki” directed by Jan Sarata. She took part in the project “The Depth of Light” at the Rozbark Theater and in diploma performances by Franciszek Szumiński and Ferenc Feher.
Jan Sarata – actor, dancer, performer, light director. Performs in “The Seagull”, directed by F. Szumiński and “Flying Fish” in the choreography of Ferenc Feher. He was a member of the Od Ruchu Theater. His solo “Blue” was presented at the Rozbark Theater in Bytom and the duo “Lazarki” at the Warsaw Dance Days. He also took part in an international artistic internship at the performance “Statue of Liberty” in Breda.
Marek Szajnar – took part in a six-month student exchange at the Beijing Dance Academy, and in the play “Bezwiośnie” by Natalia Krynicka. He plays in the diploma productions “Winter Funeral” directed by P. Bułka, P. Kania and “Flying Fish” choreographed by Ferenc Feher.
Mateusz Wierzbicki – plays in “The Seagull” and “Flying Fish”. He attended the Halina and Jan Machulski Acting School in Warsaw. He won the first prize at the Festival of Theater Etudes in 2019. He played the main role in “ZEN_IT” directed by Paulina Prokopiuk, which won 5 awards, including the Grand Prix of the Katowice Theater Round 2019, and the main role in a short film by students of the Warsaw Film School “Cliffs of Passion”.
mirroring
by dancers of Hertz Haus – dance collective based in Gdańsk
Magdalena Kowala – a Tri-City dancer, translator of Spanish and Catalan. Since 2019, she has been co-creating the HERTZ HAUS team, dancing in the performances “Unbody” and “Solo for four helmets and lost time” choreographed by Anna Piotrowska. Together with Joanna Woźna, she created the duo “102,5”, which won the main prize and the audience award at the SoloDuo Festival in Budapest and first place in the MY MOVE 2020 Choreographic Competition in Tarnów.
Anna Zglenicka – a graduate of Theater Studies at the University of Gdańsk, she studied Dance in Physical Culture at the Poznań University of Physical Education and Intermedia at the Academy of Fine Arts in Gdańsk. Apart from dancing, she works with visual arts. She is a co-creator of the Tricity collective HERTZ HAUS, with which she created the performances “Unbody” and “Solo for four helmets and lost time” choreographed by Anna Piotrowska.
Photo by Zuzanna Jeglorz. 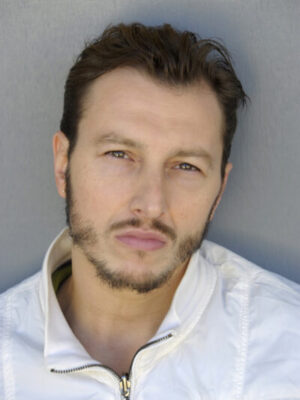 PRANA on tour in Hamburg